Researchers have been studying flowering in mangoes in the Northern Territory (NT). The goal is to develop ways to extend the harvest window for fruit, which currently is only five to seven weeks.

Understanding flowering is an important management tool for growers in the NT, particularly the Darwin region. When it comes to domestic mangoes, Darwin has the earliest harvesting region in Australia, with premium prices reflecting the demand for the fruit. It also has a significant overlap with the Katherine season when peak supply can create logistic issues through increased and competing demand for harvest workers and refrigerated trucks. Being able to manipulate the timing of the crop would improve harvest and packaging efficiencies, boost overall profitability, and better allow the development of an export industry.

When it comes to flower manipulation in the Darwin region there are a few key components to be aware of.

There are a lot of chemicals that have been trialled as a quick fix to promoting flowering. However the effectiveness of chemicals varies greatly depending on temperature, pH and night or day application.

The critical night temperature for flower induction is >18°C for 4-5 days.

The arrival of high-pressure systems can be anticipated by viewing the Bureau of Meteorology website (www.bom.gov.au/australia/charts/indian_ocean.shtml). The appearance of a high-pressure system off Perth results in cooler temperatures in Darwin (>18 °C) five to seven days later. 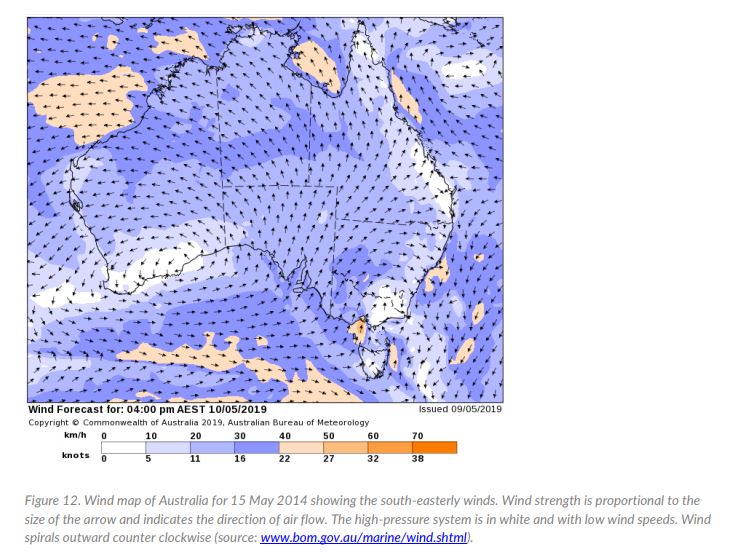 Mature leaves are an important part of the flowering system in mangoes trees. These leaves generate the signal to switch the plant from vegetative flush to flowers. Tip pruning experiments have shown that leaves need to be mature and “crunchy”; at least five weeks old.

Paclobutrazol can delay vegetative flushes and promote the development of mature leaves in mangoes.

In an aeroponic system paclobutrazol starts affecting the roots and shoots within 12 hours to 24 hours. In an orchard situation paclobutrazol is applied months before flowering. Given the speed of its uptake the timing of application needs to be studied further.

Several chemicals were tested for their ability to trigger flowering, potassium nitrate was the most effective product registered for mangoes. When weather conditions are unfavourable, the effect is weak, however when the temperatures drop to >18°C they become more effective. This is because potassium nitrate does not initiate flowering, rather it promotes the development of buds (bud break). At this point in development the bud can become either leaves or flowers, the determining factor is temperature. If temperatures are not cool enough (over 18°C), the buds will become vegetative growth instead of flowers. Of note, the uptake of potassium nitrate by the mango leaf occurs most efficiently at night.

Effective application of KNO3 should occur at night time in the days leading up to sub 18°C temperatures.

Manipulating mango flowering in the Darwin is possible based on a set of key processes that have to be timed appropriately for maximum effect. Temperature is critical, without low temperatures the system described above fails. Leaf maturity and irrigation are important to ensure the plant is actively growing and ready to push buds. KNO3 is a useful promoter in the right circumstances, but does not trigger flowering in its own right.