Sourced from the Australian Bureau of Meteorology (BOM)

The outlook for October to December 2019 indicates that:

Weather maps from the BOM

Figure 1: Chance of exceeding the median rainfall for October to December 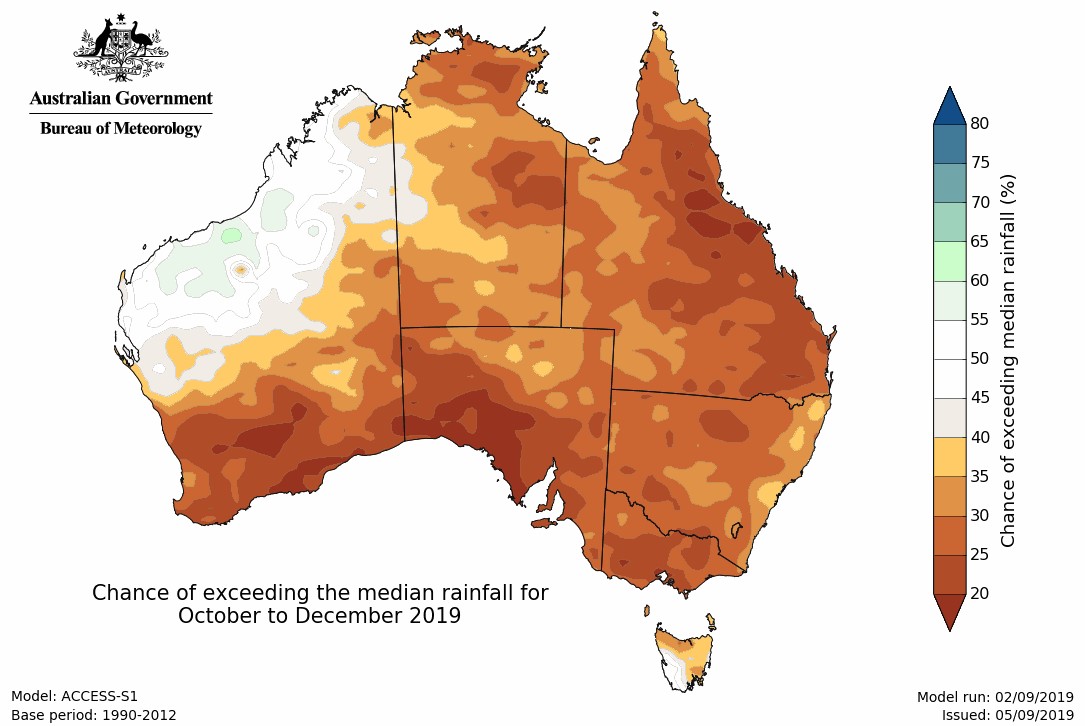 Figure 2: Chance of exceeding the median maximum temperature for October to December 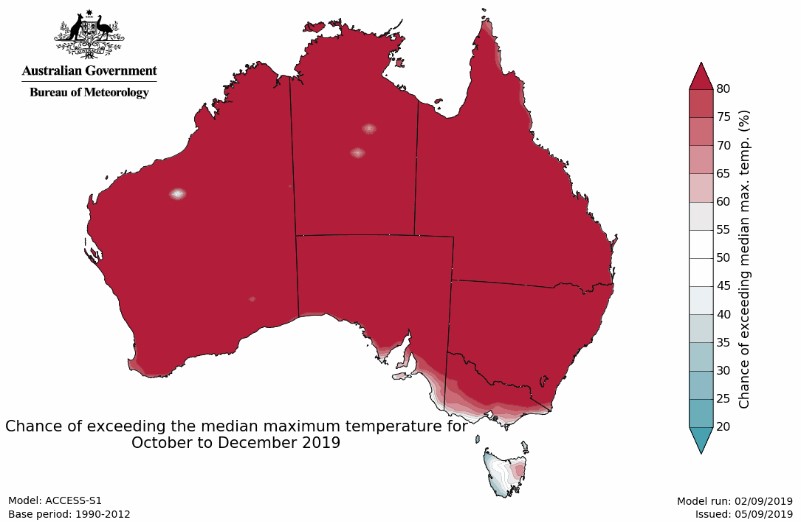 In addition to natural drivers, such as El Nino Southern Oscillation and the Indian Ocean Dipole, Australian climate patterns are being influenced by the long-term increasing trend in global air and ocean temperatures.

Outlook for the build-up and wet season

The BOM puts out a weekly tropical climate note, as well as a three-monthly climate outlook video.

Growers can subscribe to the BOM Weekly Tropical Climate Note to find out more about climate drivers affecting weather in the tropics each Tuesday. Use this page to sign up and manage a range of BOM regular emails, blogs and events.

For information on the pastoral outlook (including anticipated pasture growth and current estimated feed supply), visit the Pastoral Feed webpage.