While most of the Barkly pastoral people were at Brunette Downs for the Landcare Field Day, there were miners, business people and agriculturalists who stayed behind in Tennant Creek for the Barkly Regional Resources and Economic Development Conference at the Civic Centre on Tuesday 24 and Wednesday 25 October 2017. 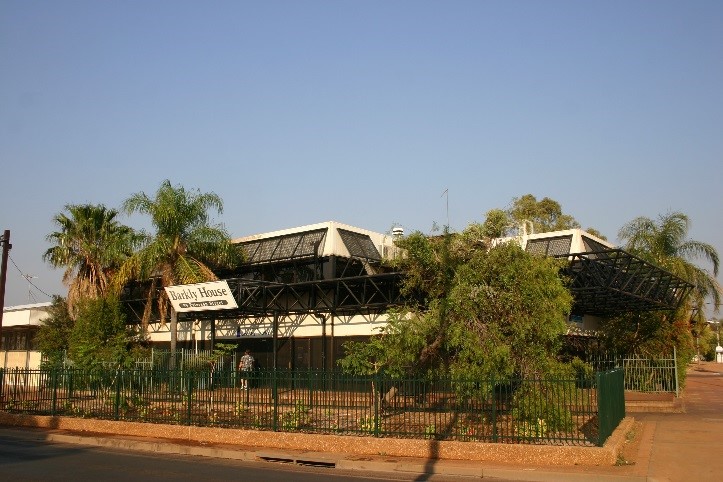 Mike Fawcett, from the department’s Legacy Mines Unit gave an overview of the $1.8 million that has been spent to address safety, sacred site and environmental issues surrounding public access to historic mine sites in the region. Stuart Ord from the Department of Tourism and Culture is working on opportunities for some of these sites to be linked into tourist trails.

Dr Ian Scrimgeour Executive Director of the Northern Territory Geological Survey (NTGS) also spoke at the conference, telling delegates about the work NTGS continues to do under the Creating Opportunities for Resource Exploration (CORE) initiative to help attract exploration investment to the Territory. This includes work with Geoscience Australia to identify mineral deposits in the area between Tennant Creek and Mount Isa, of which there appears to be many hidden beneath the surface.

Stuart Smith, from the Alice Springs Office, in conjunction with Jason Hill, Director Land Assessment Branch of Department of Environment and Natural Resources presented on the recent soil surveys around Tennant Creek and the historic cropping trials and current plant based industries in the region such as melons, hay and onions.

The conference was also an opportunity to showcase Tennant Creek’s ongoing development as the Territory’s resources services hub, which has been given a recent boost with the opening of the Edna Beryl Gold Mine and construction beginning on Jemena’s Northern Gas Pipeline. The pipe stockpile in Tennant Creek for this pipeline is the largest in Australia, and they are managing to lay five kilometers of pipe a day. Other projects like phosphate mining on Murray Downs were also discussed.

Tom Ryanfrom Northern Territory Cattleman’s Association gave a great overview of the local cattle industry. He said that Australia is the largest beef exporter in the world, but is a relatively small producer. Its markets in order of size are: Japan, Korea, USA and Indonesia. Pork and Poultry are the biggest protein sources in South Eeast Asia, but beef is getting bigger and presents a great opportunity.

Australia is also a high cost producer, costing $350per beast to process, while it is only $180 per beast in the United States of America, with other countries like Brazil and India processing even cheaper than this, but the market loves the Australian ‘story’ and its history of product integrity.

He also evaluated the impact of the Livingstone Abattoir near Darwin on industry, saying it has allowed herd improvement by creating a market to cull aged animals.

For the Barkly, he said the region has more ‘flatback’ (non – Brahman) cattle than it did in the past, and now has the largest Wagyu herd in Australia. He emphasised water as a key to growth – the more it is reticulated, the more pasture can be utilised. An estimate was given that cattle are only grazing 50% of pastures at present.

Other opportunities mentioned were hay and fodder production, including the use of legumes to increase the amount of protein in the diet of local animals.

The conference was supported with speeches from politicians Steve Edgington (Mayor, Barkly Regional Council), Minister Ken Vowles and Minister Gerry McCarthy, who all gave their vision for the region.

Overall the conference gave an excellent overview of the developing resource and agricultural industries in the region, which can only be good for overall economic development in the Barkly.