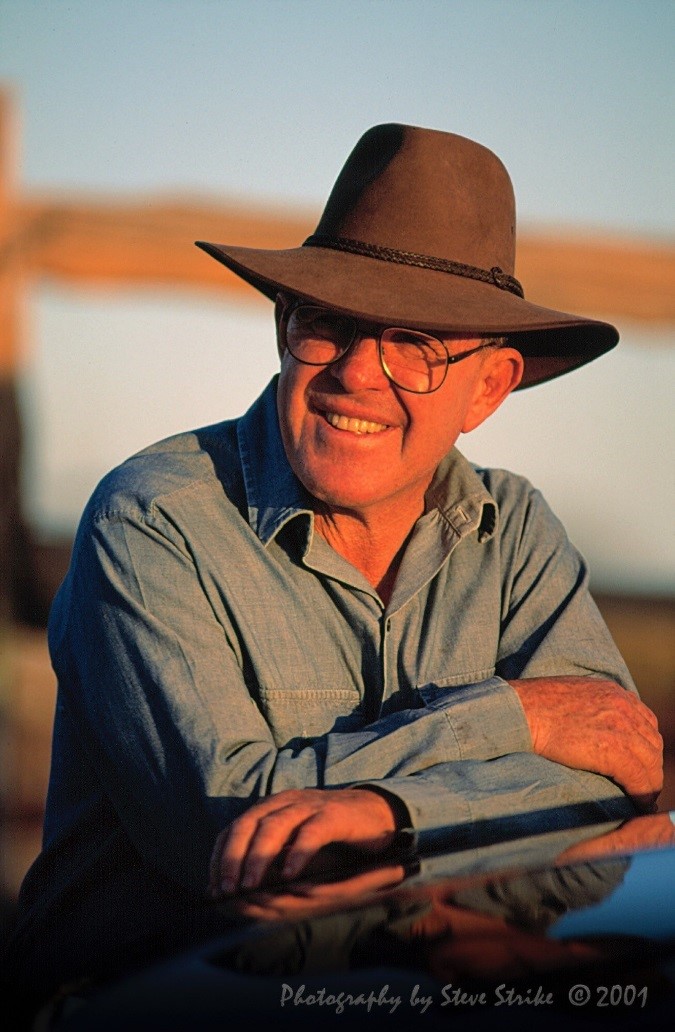 Grant Heaslip passed away on the morning of 17 January 2019.  With his wife Jan, they owned Bond Springs Station just north of Alice Springs.

Grant was known as a family man and a highly respected  member of the community. He bought Bond Springs Station in 1964 with his wife  Jan in the middle of a drought, and persisted through many dry years only to  experience devastating fires in the late 1960s. They kept going to develop a  poll Hereford enterprise that continues on.

Grant was the inaugural president of the NT Cattlemen’s  Association (NTCA) from 1984 – 1987. He was later awarded a Life Membership of  the NTCA in 2005 for his contribution to the industry, and his advocacy for  Central Australia over many decades. The new NTCA training centre at Bohning  Yards is now called the Grant Heaslip Training Facility in his honour.

Grant was also a life member both of the Alice Springs  Cycling Club and the Country Liberal Party. He was the President of the Country  Liberal Party in 1987. He was also the past President and Vice President of the  Cattle Council of Australia. Grant was a pilot and spent many hours providing  bush fire fighters with aerial assistance, leading to a Rotary Club of Alice  Springs Community Award. Grant was also a member of the Bushfires NT Council,  and received the Bushfires NT Award for long and meritorious service.

Grant had a particularly strong influence on the development  of St Philip’s College at Alice Springs. At the College there is a prize called  the Heaslip Arid Zone Research Scholarship that reflected the Heaslip’s work in  the arid grazing areas of Australia. The prize was awarded to a senior school  student who showed a strong interest and aptitude in environmental science.  Typically Grant and Dr. Dionne Walsh, then working with the Central Land  Management Association (CLMA), would identify a small research project that  could be done over the course of a few weeks. Dionne would then work with the  students to design the project, conduct the research, deliver a public  presentation and review their science report. The field work was often  conducted somewhere on Bond Springs and Grant would always come and see the  project in action and impart his wisdom to those present. Grant was a great  supporter of CLMA and Landcare and some of the projects investigated the amount  of carbon stored in standing dead mulga, the impact of grazing on buffel seed  production and re-monitoring of some old soil rehabilitation works on Bond Springs.

In his speech accepting a Life Membership of NTCA in 2005,  Grant said, “Evidence demonstrates that the majority of pastoralists were,  practical, sensible, environmental, decision makers who not only nurtured the  land, but improved its health and production and left behind, priceless  information and practical solutions for generations to come. These achievements  go unheralded; disregard them at your own peril”. Grant has now left this  legacy for the generations to come.

He is survived by his wife Jan and children Tanya, M’lis,  Brett and Ben, and their families.