It’s been many years since the Arid Zone Research Institute hosted the AZRI Cup.

“It was in 1991, when this department beat the Conservation Commission of the NT (now Parks and Wildlife). That’s a long time between competitions,” said Stuart Smith, Manager of the Horticulture Development Project.

“This is a major AZRI Cup and isn’t tied to any one particular sport—it’s gone to various sports over the years, and this year it was for volleyball,” said Stuart, who is also Chairperson of Volleyball NT, which supplied the event with balls and nets.” (Mmm, did he also arrange the referees?)

The showdown was a merry event, complete with cold beverages and a barbeque dinner.

Over 50 competitors vied for the cup, with six players on each of eight creatively-named teams.

It was a close race in the semi-finals; but the grand final wasn’t close at all as the Generic Volleyball Pun sprinted ahead and never looked back. 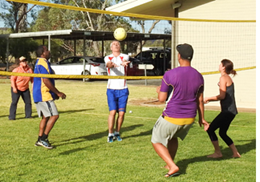 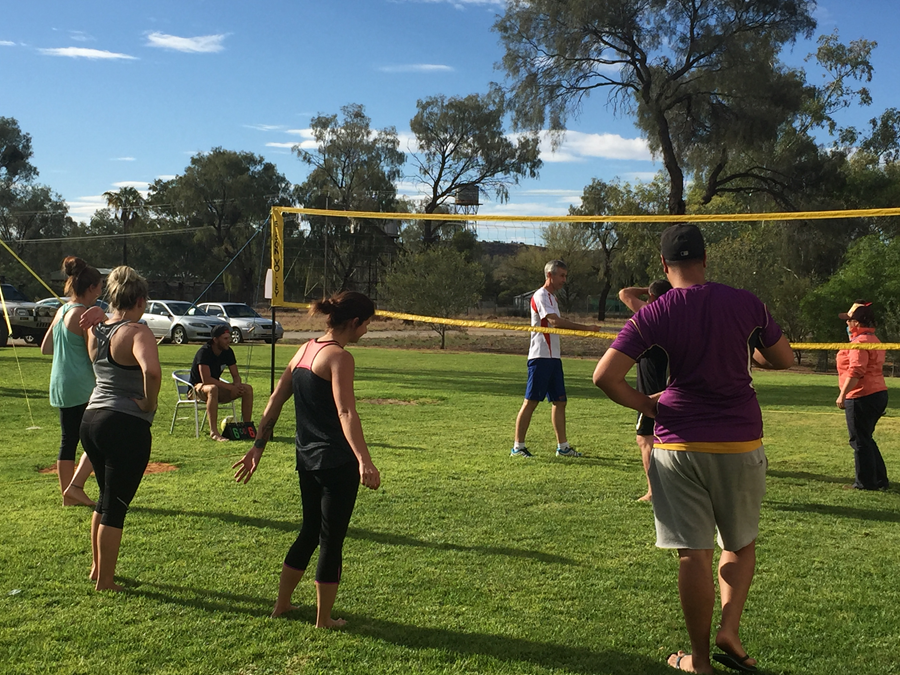