The 10th International Rangeland Congress was held in Saskatoon, Canada from 17-23 July 2016. Central Australia is predominantly made up of rangelands and 75% of Australia is classified as rangelands.

The IRC was attended by 500 delegates from 48 countries and more than 400 papers were delivered. The Australian Delegation was the second largest outside of Canada with approximately 35 representatives from CSIRO, universities, government departments, consultants, natural resource management (NRM) groups, non-government organisations and producers. With the main theme of the conference being ‘The Future Management of Grazing and Wild Lands in a High-Tech World’ there was much focus on new technology.

In a plenary session dealing with grazing land assessment and management Dr Ed Charmley, CSIRO, presented a global overview with reference to the impact of communication technologies on pastoral societies. He also made reference to the Digital Homestead Project in Queensland and the Precision Pastoral Management Tools (PPMT) Project based in Alice Springs, one of the stand-out innovations presented at the conference.

The state of rangeland resources and their use and competitiveness in the global market place was discussed; with the impact of mining (not only on the resources but also on the labour force), a major point of interest. Case studies from China, Australia, and Mongolia were presented, but a stand-out presentation came from the United States on improving cattle grazing distribution through genetic selection. With DNA testing and gene marking becoming more affordable ($30 a sample), this technology opens new application for some of the genetics work in which the Northern Territory is involved with Australian universities. New empirical data was also provided on the relationship between cow size and the overall efficiency in different production systems. This is of particular relevance to Central Australia with its climatic challenges, extreme temperatures, low carrying capacity and relatively small margins-for-profit. 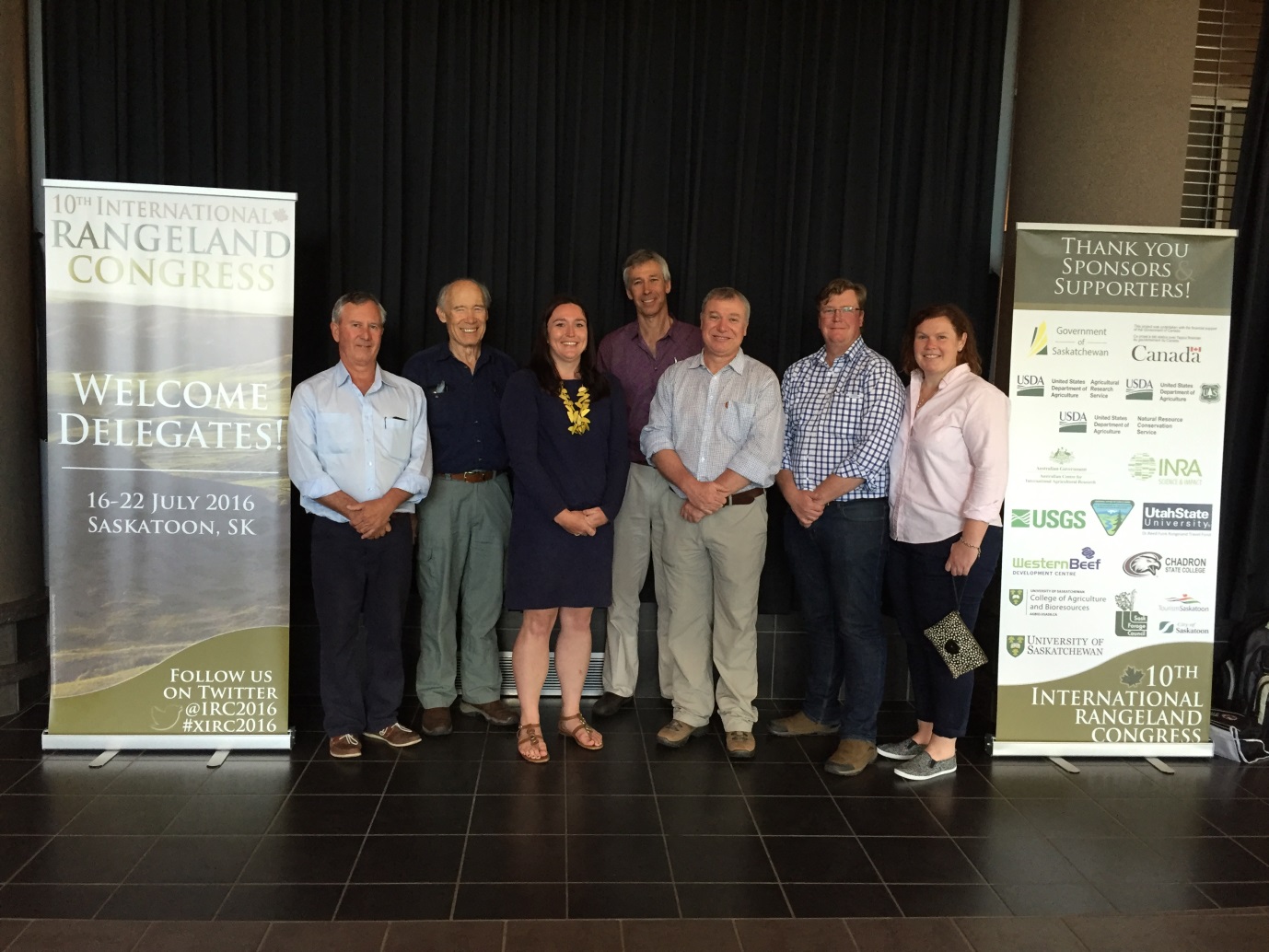 The session ‘People of the Rangelands’ started with two global perspectives on the uptake of technology in the developing world versus the developed world. A quantum leap has occurred with communication, especially with the introduction of mobile and smart phones. In Kenya for instance, approximately 78% of the population with a large rural component are connected and receive information through this media. The Australian Outback is at a definite disadvantage at present with regards to connectivity.

The importance of involving all the people on the land is paramount to any successful management intervention and a big challenge is to integrate the scientific data with the traditional knowledge, experiences and belief systems of people that do not necessarily rely on modern education in decision making. In Saskatoon the extension service network is well developed with specialised extension officers for forage, animal science and agronomy in ten regional and district hubs. Research and development initiatives normally have a strong social economic base provided by experienced agricultural scientists in the system. Producer organisations provide input through bodies similar to our industry advisory committees.

Powerful presentations on global climate change patterns using soil core data from Western Rangelands Lakes going back 9,000 years and correlated with tree ring patterns, confirms climate variability over 30-year cycles. Innovative research is being conducted to look at the effect of climate change on grasses and crop species and adapted species are being bred, with cases studies on how graziers in different parts of the world are already being affected by climate change. With new technology such as drones and collars for livestock; and GPS and other data collection features becoming more readily available, new opportunities arise to prepare for the eventual changes in temperature and precipitation..

Studies on fire behaviour and management, soil carbon sequestration, satellite imagery, grazing systems in commercial and communal areas, inclusion of forage legumes in grazing systems, NRM, invasive plant and animal species and numerous related topics were presented. The proceedings of the IRC (with all presentations) will be shared with relevant people through the AZRI Library.

During a pre-conference tour a fourth generation pastoral enterprise was visited, where a family prosper through farming with a cow/calf enterprise of 350 head, which, according to the state agricultural economist, is considered a viable unit for a cattle-only enterprise. Even though weaning percentages of 90 to 95 are possible in this relatively intensive system, the over-wintering costs in an area that snows over for five months annually is considerable. This leads to an interesting comparison between efficiency of production systems and the role of subsidisation. A much larger cow/calf operation is considered an economic unit in the Alice Springs region. 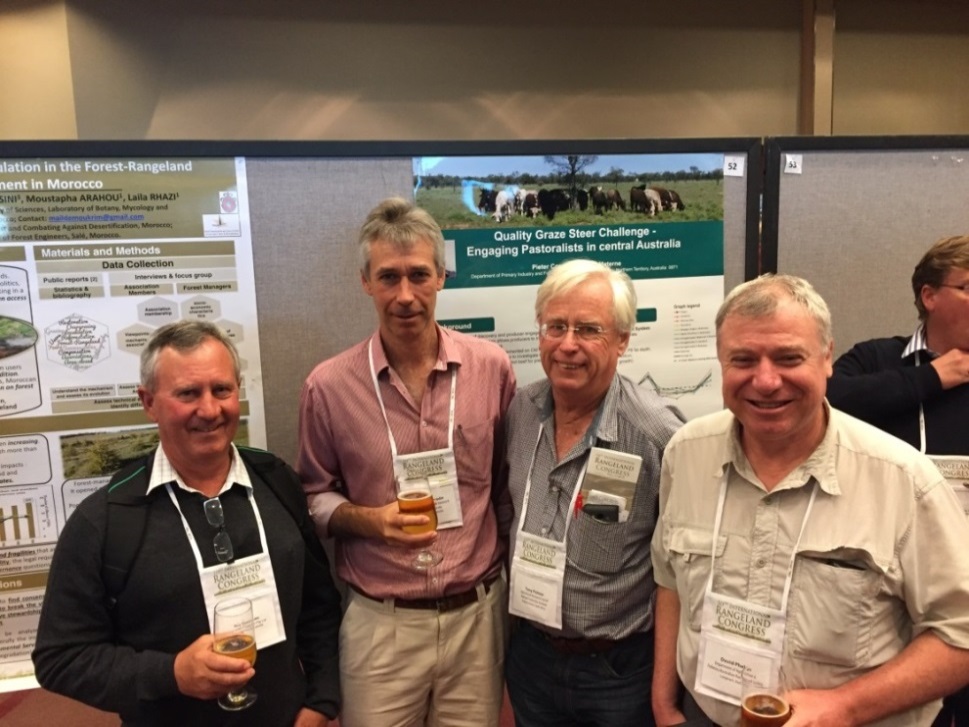 research facilities where long-term collaborative research can be undertaken are extremely valuable assets.