End of an era

The department will soon say farewell to one of its steadfast faces with Neil MacDonald (pictured) switching off the lights to his office for the last time at the end of the month.

Anyone who has had any dealings with DPIR’s Livestock Industry Branch over the past three decades will know Neil. In 1990, Neil was employed as a Research Scientist and since 2007 has been the Director of Livestock Industries Branch and the Regional Director of the Katherine/Nhulunbuy region. Neil has applied his scientific intellect and quiet management style to all activities of the DPIR and the broader NT Government regional role. His personable nature and generosity has always provided a welcoming face to the Katherine Research Station.

Neil actively represented the DPIR at the Territory and national level on various committees and boards, speaking up and ‘holding his own’ both in livestock and rangeland circles. Due to his no-nonsense and common sense approach, he and the department are held in high regard by many throughout northern Australia.

Prior to taking on more senior positions within the department, Neil completed research into a number of topics, including hormone growth promotants, and mineral deficiencies and toxicities (such as phosphorus and fluoride). However, he was particularly active in conducting research in the interplay between livestock productivity and stocking rate. Neil was one of the leading researchers in the Mt Sanford study, which ran for 12 years, and collaborated on its successor, the Pigeon Hole experiment.

For those who have had the pleasure of working with Neil field work was always “entertaining”. Armed with a well-maintained NTG land cruiser he would often accept the challenge of many a bush track, creek and gully – shorts cuts were not always short cuts! Often accompanying him on these escapades was his hound, ‘Hamish’, who appeared to have some personal mission to increase the border collie content of the dog population in the Katherine and Victoria River District regions.

The department has much to thank Neil for. During his tenure, Neil was both the person in the background, facilitating opportunities, encouraging younger staff and then providing the environment to allow staff to focus on their work; and the person in the front providing the direction and challenging misguided thoughts and policies. One of Neil’s many legacies will be his mentoring and development of new graduates and staff members. Under Neil’s guidance, Livestock Industries Branchhave organically developed a team that are respected at local, national and international levels for their science and their practical interpretation of that science.  This has enabled this small team to compete successfully for project funding at northern Australia and national levels.

Neil and his wife Jane are well-recognised and active community members of Katherine. Their absence will be noticed and they will be sadly missed. Neil has said that they have plans to move to Brisbane to be closer to family and to slow down. We whole-heartedly wish them all the very best for their future. 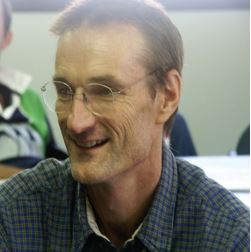 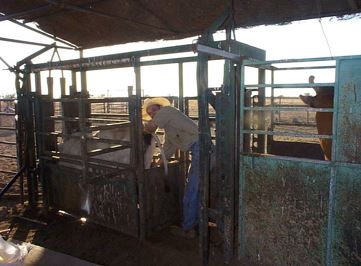