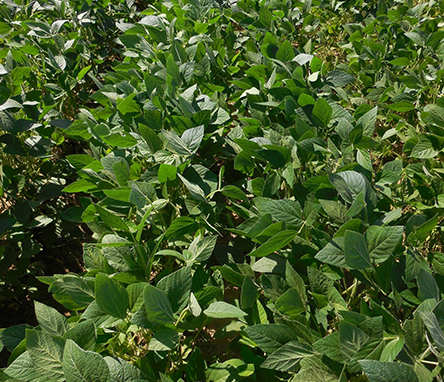 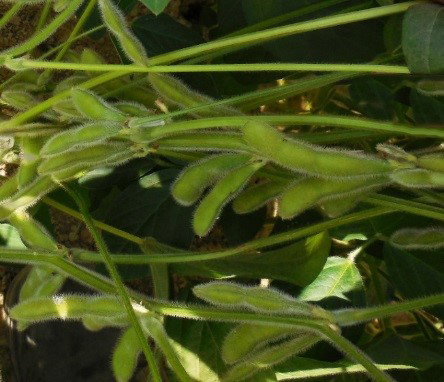 Soybean (Glycine max) has a worldwide lucrative market and may potentially be suitable as a rotation crop with rice. It has been grown in the Top End in the past and shown potential (Agnote: Soybean production recommendations for the NT). This project assessed the performance of a new cultivar grown in a raised bed cropping system.

The most critical stage in soybean production is during planting and germination. Raised beds minimise water logging and reduce seed rots. Care must also be taken when handling the seed to reduce the chance of damage affecting the crop.

For this trial, soybean was planted in rows in moist soil on each side of the beds. After germination, furrows were irrigated to just below the seed line, to sub water up to plant. Once plants have reached the four leaf stage they adapt/tolerate water lying in the bottom of furrows in the root zone.

During the vegetative stages, the crop was highly susceptible to insect pressure and a number of insect sprays were required.

A number of plots were randomly selected for hand harvesting. All samples were dried, (plant material and grain), processed and weighed. The trial was planted 27 Juneand harvested 120 days after sowing. On average, grain weights were 1.1 T/Ha. The trial was planted late in the season to coincide with the rice trial management and to observe the potential of soybean when grown in this system. The normal planting period for soybean is much earlier in the season, as such the later sowing dates possibly contributed to lower yields.