Ian Baker, Ag Consultant, says there are many advantages in developing cropping in the Douglas Daly compared to other parts of northern Australia. Douglas Daly has farmers with freehold tenure, good soils and water, good infrastructure, good research and development support from government and good equity, who know their land.

The question is: why hasn’t cropping development occurred? The current successful agricultural system in the Douglas Daly region is rain fed hay, cattle, forestry and horticulture. How can broad acre cropping develop? Markets for broad acre grain crops are large if we can show the economics are right.

Douglas Daly is unique in that there are established farmers that can add an irrigation cropping system to their existing business, thus spreading their risk through diversification.

The key parts of the RDA economic study are:

The Peanut Company of Australia (PCA) and NT Department of Primary Industry and Resources (DPIR) joint trial of peanuts was viewed by participants and the agronomics and economics of the trial discussed. Peter Shotton, DPIR, explained that the three varieties trialled (Holt, Page and Kairi) were crops of potential but there was a need to get the economics right as well as implementing the peanut crop within a long term cropping rotation utilising follow-up crops that will benefit the soil as well as the next crops to be grown. 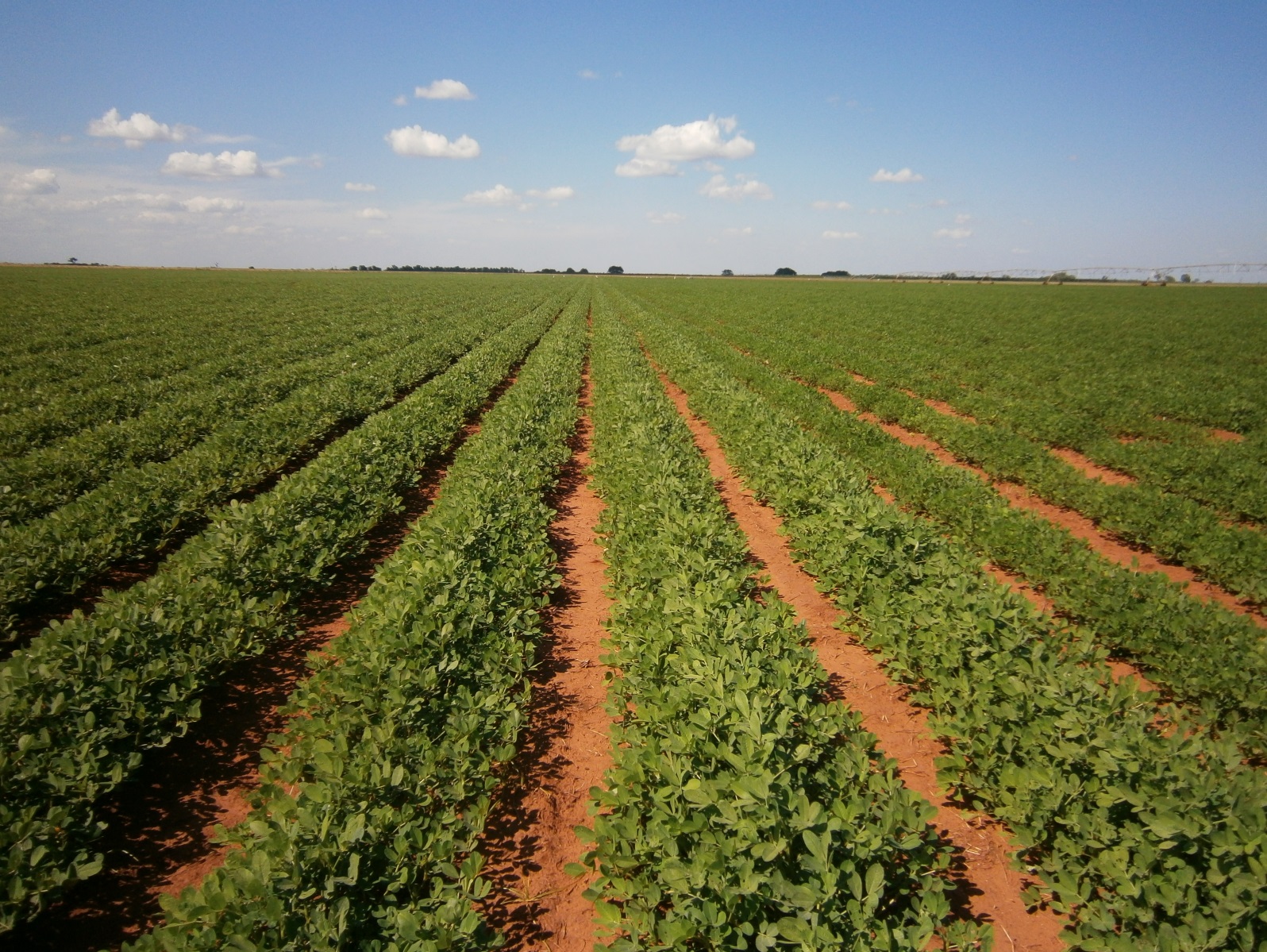 The challenge faced with growing an irrigated peanut crop is keeping a constant eye on pest and disease and to treat any outbreaks when they occur. Following a preventative spray routine with fungicide will keep on top of any fungal outbreaks. Another challenge is having the specialised equipment needed to harvest a peanut crop.

Lionel Wieck, PCA, viewed the crop and estimated the nut in shell yield was between 4–4.5 tonne/ha with a potential hay yield from the baled tops of around 2–3.5 tonne/ha. A peanut crop could be grown as a part of an irrigation cropping system whereby the peanut tops after the nuts are harvested can be used in two ways, to add nutrition to the soil by ploughing in or by harvesting as hay to feed cattle. Farmers within the Douglas Daly need a crop to complement their current farming systems of cattle and/or hay cropping and PCA would like to see peanuts being one of those crops.

Callen Thomson and Ian Biggs gave an update of the research and development work DPIR has been doing and presented some results of the current trial crops being grown at Katherine Research Station.

The participants then travelled to Mike Black’s property to tour his mung bean crop where harvesting was just commencing. Mike has moved from melon production to mung bean production this year and his first crop of mung beans was planted at the end of May, being relatively quick to desiccation stage in around 60 days. This will allow two crops before the wet season as long as the yield is not compromised with the quick growing cycle.

The mung beans are contracted as a seed crop with the first crop yielding around 1.5 tonne/ha and Mike is hoping that the second crop’s yield will improve. He is experimenting with fertigation to see if this will improve the yield.

The use of dripper irrigation is being used, as melons had been grown here and so far there have been no issues with using this type of irrigation for mung beans.

The mung beans, will be sent to Kingaroy, QLD once they have been harvested and have passed all the tests for disease. There they will be bagged up for growers to plant out. Presently there is a better return on seed crops and mung beans worldwide are receiving very good prices.

The crop rotation that Mike has planned is two crops of mung bean followed by a grass crop to break up the rotation.

The Field Day was organised by RDA with excellent support from DPIR, PCA and NT Farmers.